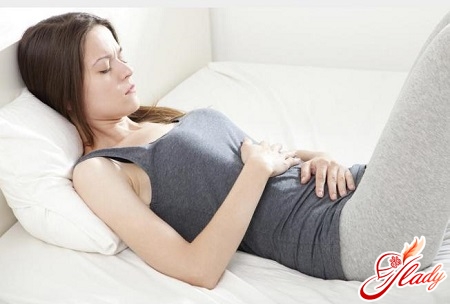 Ovarian cancer in women is considered one of the mostcommon diseases. It is quite difficult to diagnose in the early stages. Many patients are surprised at the diagnosis, claiming that there were no obvious signs indicating the existing pathology. But statistics confirms that even with an annual examination there is a risk of not detecting a malignant tumor in time. There are several ways to detect ovarian cancer, but none of them gives a guarantee of diagnosing the tumor at the first stage. First, it's ultrasound. But the fact is that at the initial stage the tumor is small, therefore it is often confused with benign neoplasms. Even in this case, it is worthwhile to be watchful. Quite often, an ordinary cyst without proper and timely treatment can change its nature to a malignant tumor. Secondly, many women use early diagnostics based on blood sampling and, thus, detection of CA 125 protein. But here it is worth considering that not all types of tumors can be detected. Often it depends on the size of the cancer itself. In this case, there is a proportion: a large tumor secrets more protein, a smaller one - a small amount. But only in this case this method is very difficult to call accurate. But as for using it as one of the ways to monitor the response to therapy, as well as to determine the recurrence of ovarian cancer after treatment, it is indispensable and shows reliable results. It must be borne in mind that constantly doing this makes no sense. This is due to the fact that the CA 125 marker can change its value depending on many factors. They include: pregnancy, menstrual cycle, fibrosis or endometriosis. The main types of disease

It is customary to distinguish four stages of ovarian cancer. In this case, the tumor can strike both one side and both at once. The first stage is characterized directly by the spread of cancer alone or both ovaries. In this case, the tumor does not leave the primary site of the lesion. In the second stage, most often there is cancer, which also affects the fallopian tubes, uterus, even the rectum. But all this occurs within the small pelvis. In the third stage, ovarian cancer spreads on the surfaces of the abdominal organs, in certain cases even in the lymph nodes. Now concomitant disease is ascites. In 80% of cases, the diagnosis of pathology occurs just during this period. At the fourth stage, extensive metastases are already observed, which spread to almost all internal organs. It is now quite easy to detect a tumor by palpation. You can identify three types of cancer, depending on its specificity. A tumor that affects a woman more than 30 years old and has a clear manifestation in the form of bilateral lesion of the ovary, which has tuberosity, considerable density and small size, is called endometrioid or primary cancer. Secondary cancer most often develops from benign cysts. Its dimensions can be absolutely different: from the smallest, almost invisible, to quite a considerable size. The internal content has a dissimilar condition. There may be a lubricant-like substance, mucus or clear watery liquid. In malignant formation, such a tumor develops if a woman has a serious cystoma and sprains have a papillary type. Metastatic ovarian cancer can arise from absolutely any cancerous organ. This species grows very quickly and has a malignant character. Most often affected by both ovaries. It is also revealed that this type of cancer spreads rather early on the peritoneum of the pelvis, forming knobby nodes of the tumor. Specialists do not identify the exact symptoms ofwhich can detect ovarian cancer. This is mainly due to the fact that the manifestation of symptoms in this pathology is quite similar to the symptoms of other diseases of internal organs. Most often, they are disorders of the digestive process or the full functioning of the bladder. In order to distinguish one from the other, it is necessary to observe their systematic, constant, growing. So, the main signs of ovarian cancer in women:

The listed signs of cancer can be attributed tomany diseases of internal organs. The most important thing is to monitor their constancy. If there is an unchanged situation for several days / weeks and the condition only worsens, i.e. is characterized by a pronounced progression, it is a "bell" for referring to a specialist and conducting a full diagnosis. 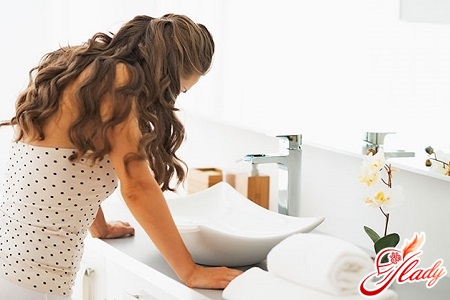 Ovarian cancer in women can sometimes be predicted,if there is a hereditary tendency to this kind of pathology. It can be attributed not only to ovarian cancer itself, but also malignant tumors of the breast, uterus, and fallopian tubes. Sexually transmitted diseases are not an exception, especially when they have not been treated properly or are of a permanent nature. Improper diet, including the predominance of fatty, fried foods with dyes, carcinogens, harmful additives can also become a fertile ground for cancer. Often, irregular sex life is one of the signs of ovarian cancer. Affected by this disease and women who are too early or rather late to menopause. It is not necessary that all these factors can influence the onset of this pathology. Almost every second woman in her life has a certain set of listed items, but not every ovarian cancer is exposed. The most important thing is to remember that after 30 years of age it is necessary to visit a gynecologist for examination, to donate blood for analysis. It is worth recalling that the treatment, in most cases with a positive dynamics, is susceptible to ovarian cancer in women, which was detected at an early stage. But for each stage of the disease there is its own treatment algorithm. So, even at the first stage, everything can be solved surgically by removing the affected ovary or ovaries. If the disease is detected at a later time, then there is an operative intervention, in which the uterus, the omentum, and all other affected organs will additionally be removed. Quite often, chemotherapy and chemotherapy are used. These methods restrain further cancer development. But this method has quite a few side effects. Therefore, in order not to undergo this terrible disease, you need to monitor your health and at least twice a year a woman must visit her treating gynecologist, including conducting timely diagnostics, prescribed treatment.

Allergy to cold. Can I fight it?

Sweating during sleep - a pathology or a norm?

Pigmented spots: the causes of appearance and getting rid of them

Pigmented spots on the face: treatment