The appearance of the baby is the most joyfulan event in the life of any woman. The future Mom waits for him, prepares, counts the days. But at the same time he is desperately afraid, even if he is not waiting for the first baby. And it is not surprising, because labor is accompanied by rather painful sensations. However, there are many very different ways to alleviate this pain. Including proper role breathing plays an important role during labor and labor. Numerous experience of women reliably confirms the fact that breathing can both aggravate the condition of a woman, and to a large extent alleviate it and reduce the intensity of pain. Many people heard about the right breathing during childbirth. But, unfortunately, not all women consider it necessary to familiarize themselves with the existing techniques. And very vain - they really will be very useful to you during childbirth. First, let's find out what exactly is the right breathing. The official definition is as follows: controlled breathing, which is determined by the correct depth of inspiration and its frequency. The frequency and depth of breathing directly depend on the individual characteristics of the course of labor, on the period of the birth process and on the oxygen needs of both the woman and the baby. It is difficult to say in advance what kind of breathing techniques you may need in the process of delivery, so it is more reasonable to master all the basic ones. This will give confidence and calmness, and besides, it will help to relax as much as possible, which is also important for successful delivery.

To date, there are three main typesrespiratory techniques, which doctors recommend to use during childbirth. These types include slow smooth breathing, surface accelerated and transient. In some cases, there is enough of one type, and in some cases it is necessary to apply all three in practice. In the early phase, it's best to try to breathe smoothly and smoothly, until you get it. When the contractions become more tangible and painful, you can switch to an easy type of breathing. Although often a woman during this period helps the transitional type of breathing. Everything depends solely on the individuality of the organism - it is necessary to try all the options, choosing the best for you. Smooth breathing should be used already in extremely intense battles, when neither talking nor walking is almost impossible. Some people ask, how to inhale right - belly or chest? Doctors say that this is not at all important - the main thing is that breathing brings a feeling of relief to a woman. And the main goal is maximum relaxation. Technique of slow breathing. Let's first talk about the technique of slow breathing. It is necessary to "rehearse" it before birth. Take the most comfortable position for you and take a deep breath. After you start to slowly exhale, trying to relax as much as possible - all the muscles, from the face to the fingertips. Try to concentrate completely on your feelings. And then - abstract from them. This skill is very useful to you in childbirth. Pay special attention to the breath slightly open and relax, and air draw into itself with force, with a characteristic sound. Exhale is also desirable through the mouth, but if it's hard for you - exhale through the mouth, most importantly - completely. After that, try to hold your breath for a few seconds - in a minute there should be no more than 8 - 10 respiratory breaths. Pay attention to the condition of the muscles. Shoulders during this type of breathing should be lowered and completely relaxed. Then relax the muscles of the shoulders and abdomen. To make this easier, imagine that you are standing under a warm shower. Presented? That's to relax the muscles you need in the same order as the water would wash the body - from top to bottom. As a rule, after three to four minutes you may start yawning. This is absolutely normal phenomenon, which should not be frightened. This exercise should be repeated until you learn how to completely relax - during labor, this skill should be brought to automaticity. Try this breathing technique in all poses - sitting, lying, standing, in the car, because you can not surely say in what position you will be during the fights. Exercise relaxation of all muscles that do not participate in maintaining the body in various poses. Of course, it will take a lot of time, but during childbirth you repeatedly praise yourself for this foresight. 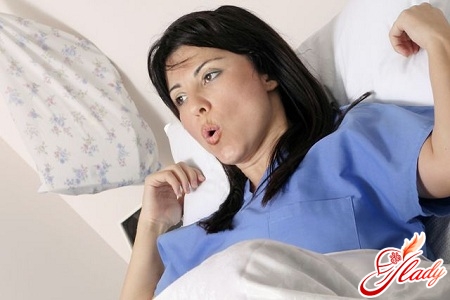 Light superficial accelerated breathing AfterWhen the technique of slow breathing ceases to help, and the fights become more intense, one can proceed to the following technique - superficial accelerated breathing. It's easy to master it - breathing in and out must be done through the nose, fast enough - about once a second. Breathing should be exceptionally superficial - many doctors jokingly call it "the dog's breath". The breath should be shallow, but the exhalation - noisy, in the battles - even with a slight moan. As soon as the fight begins, immediately begin to breathe properly. And do not forget that with this breathing technique you need to try to relax as much as possible on exhalation - the tension multiplies the pain sensations many times. And both physical stress and moral. You need to start training in advance - first, learn how to control the rhythm of breathing. First, learn to breathe evenly, and then - learn to accelerate your breathing to the maximum limit. In addition, control the depth of breathing - you need to be able to make it as superficial as possible. Start with an average rate of breathing, speeding it up as the intensity of the contraction increases. The maximum rate should fall on the peak of the bout. It is necessary to reduce his tempo gradually, as the struggle recedes. And do not forget about the accompanying relaxation of all muscles without exception - this will at times increase the effectiveness of the technique of superficial accelerated breathing. This technique also requires preliminary training, but be careful. Since you are not used to it, your head may begin to feel dizzy - so start to practice sitting or lying down. And it is desirable that someone is there. Do not worry - after two or three classes your body will get used to and stop reacting in this way. Combined breathing techniques You can proceed to the study of this breathing technique only after you have ideally mastered both types of breathing described above. It represents in itself both that, and other type - both superficial, and deep. This technique begins with deep respiratory movements, which, as the fight grows, should be replaced by slight shallow breathing. Take a comfortable position for you and try to "breathe" the whole cycle. Make three deep breaths and exhalations, maximally relaxing all the muscles of the body. After that, gradually speed up your breathing, making it as superficial as possible. Breathe in this way for 30 to 40 seconds, then go back to a deeper and slower breathing. Learn to focus on some subject. This can also be learned quickly enough - fix a sight on any subject: on the watch, on the cup, on the face of the partner. After this, try to imagine a nice picture - a forest, a sea or a favorite cafe. Most likely, very soon you will begin to relax quickly and without much effort. 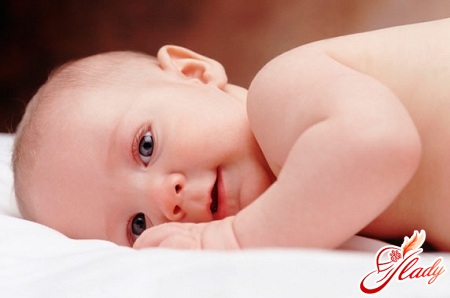 Be sure to start training in about 3months before the expected date of delivery, because they can begin and prematurely. Select for these exercises at least 20 minutes a day. You can study at any time convenient for you, because the birth will also not be scheduled. And in the event that you are engaged in gymnastics for pregnant women, breathing exercises are better spent at the end of classes. Pay attention to the duration of these classes. More precisely - the final result. In some cases, the fight can last a very long time - up to 4-5 minutes. What does it mean? That's right, you should be able to hold your breath and concentrate your breath no less than for 5 minutes. If you have it for a longer time - this is just your plus.

Separately it is necessary to talk about breathing duringattempts. It is no less important than breathing during labor. Moreover - the right breathing reduces the tightening period by 50% and protects the perineum from ruptures. So, let's look at these breathing techniques in stages: The first way

The more carefully you stick to thistechnology, the faster the crumb will move along the generic paths. Do not forget about the need to relax as much as possible between breaks. The second way This method is no less effective than the first. Especially ideal it is suitable for those women who have a high risk of rupture of the perineum. As a rule, this is difficult to predict in advance, so it is worth mastering both ways.

We wholeheartedly wish you a light birth, so that you remember your child's birthday only with joy, and not with a slight shudder. And breathing during labor will help you! We advise you to read:

When pregnancy pulls the lower abdomen, aching or aching

Bronchial asthma and pregnancy. What do you need to know?

Abdominal pain in early pregnancy is an alarm