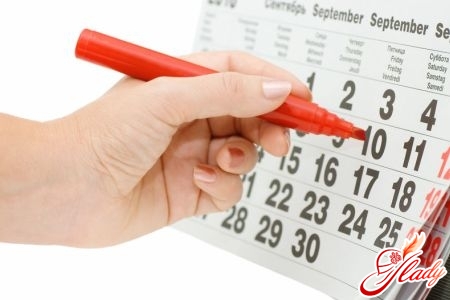 Some couples are preparing for the birth of a childlong before his appearance. They lead a healthy lifestyle, adhere to proper nutrition. In addition, there are special calendars for calculating the priority day for conception. This method allows future parents to determine the timing of the birth of a child. In addition, the calendar allows you to know about the periodicity of the female cycle. To date, the problem of infertility has affected many young couples. Therefore, the use of such methods makes it possible to approximate the birth of a baby. After all, it's nice and useful to independently control internal processes!

Features of the calendar application

The conception calendar is based on the calculation of certaindays of ovulation. It is in this period of time that the female egg ripens. Thus, this period of time is considered the most favorable for conception. However, it should be borne in mind that every woman has her own cyclic period. Therefore, to calculate the day of conception is strictly individual. In addition, factors such as stress, malaise can change the indications of the calendar. Some women use similar calendars in order to avoid fertilization. However, specialists do not recommend counting days as the main method of protection. Since various glitches in the body or hormonal background can change the readings in the calendar. In order to compile an individual calendar, a woman needs to have a regular menstrual cycle. In cases where this period is not regular, errors in counting may occur. It is believed that the best days for conception are the middle of the cycle. Calculate them easily, usually they are 11-15 days from the beginning. In this period there is a high probability that spermatozoa will fertilize the egg, as the uterine cavity becomes more sensitive. Every girl can count and make a calendar herself. In difficult moments, you can use Internet resources, where there are online counters or interactive calculators. To make sure of the correctness of the calendar, you can make an ultrasound and determine the additional period of ovulation. 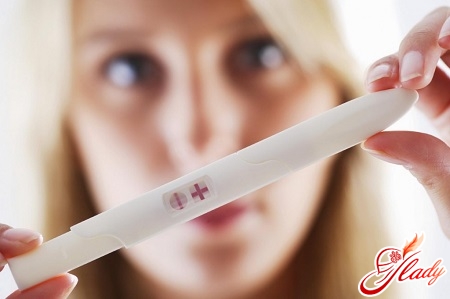 Calendar as a method of contraception

To use the calendar as a primarymethod of contraception, it is necessary to take into account the fact that the calculation does not give a 100% guarantee. The effectiveness of the method depends on the regularity of the cycle, the stability of the period. To avoid unwanted pregnancy, it should be borne in mind that during the days of ovulation, as well as after it, the egg is most susceptible to the action of spermatozoa. Therefore, in this period it is recommended to use additional methods for protection. Using the basal temperature measurement method will be an unquestionable assistant for calendaring. To do this, you need to measure the temperature in the rectum daily, without getting out of bed, using a conventional thermometer. In cases where the temperature will exceed the usual figure by several degrees, the graph will indicate the day of ovulation. This method is often used as a contraceptive. At the same time, the measurement of temperature can supplement the calendar of planned conception.

In addition to the main calendar of conception, there areother variants of calculation. So, Dr. Jonas-Shulman proposed to calculate the phase of conception, given the position of the moon. According to the scientist, the fertilization of a woman rises precisely in this period. In addition, the duration of the menstrual cycle coincides with the duration of the lunar phase. Thus, combining two cycles, you can calculate a suitable day for conception. To know the phase of the moon, you need to take into account the period in which the mother herself is born. This method resembles a familiar calendar. However, calculating the day of conception is more difficult than in the classical version. Experts argue that the method gives more than 90% guarantee of efficiency and success in planning a child. Some girls with skepticism refer to such a calendar. However, even in ancient times this method was popular with women of different ages. No wonder it was believed that the moon is the conductor and patroness of the entire female sex. 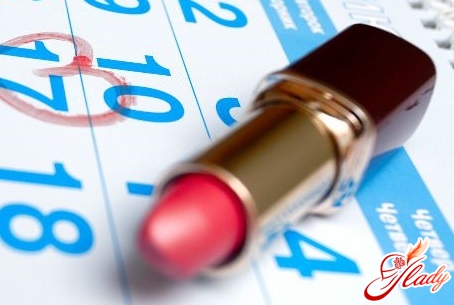 How to calculate the sex of a child

With the help of any calendar you can calculate and genderfuture child. So, using a standard calendar, determine not only the day of conception. Scientists believe that the male chromosome is less hardy than the female chromosome. Therefore, if the sexual act has taken place directly on the day of ovulation, it is believed that the boy will be born. In cases where the act occurred a few days before the time of ovulation, that is a large percentage of the probability of the appearance of the girl. Using a scheme based on the phases of the moon, you can also conceive and calculate the future sex of the child. So, for example, it is considered that if the day coincides with the period when the Moon was located in the sign of Pisces, there is a probability of the appearance of a girl. There are special interactive calendars, where you can see the planned sex of the child. Modern planning of conception does not stop on these two calendars. So, there is a Chinese scheme, according to which you can find out the gender of the child. It is a table that shows the age of the woman and the month of conception. The indicators are displayed horizontally and vertically. At their intersection, you can find out the answer to the question about the child's field. Calendars for conception have been used since ancient times. Many women, thanks to such schemes, were able to calculate the day and find out in advance the sex of the future child. These methods can help in the development of a desired pregnancy. However, do not be upset if conception has not happened. The calendar should be used only as an aid. And especially not to count on 100%, that there will be a child of the chosen sex. Methods can be chosen individually. Do not forget about the consultation with a specialist. After all, only a doctor will help to establish the functionality of the female body. If the calendar does not give the desired results and for a long time there is no conception, then it is necessary to consult a specialist for more extensive and qualified help.

How to Get Pregnant Fast: Tips to Easily conceive a child

The first signs of pregnancy: how to learn about conception?

Preparing for the conception of a child: rules for husband and wife