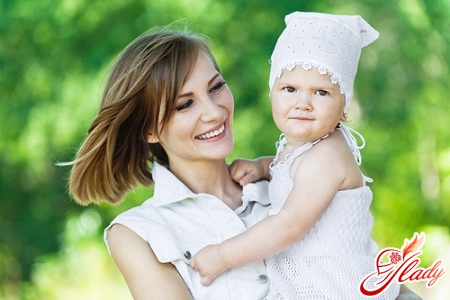 A lonely mother in our time is not uncommon. Sociologists are arguing about the causes of such a massive collapse of families. Someone sins on the feminization of society. Someone accuses irresponsible men who are used to shifting the entire burden of responsibility onto women's shoulders and fleeing problems at their first appearance. Whatever it was, but women who themselves are forced to raise children, today a great many. And government assistance to such mothers is simply necessary. Each country in its own way solves this issue. And, as a rule, any constitution includes a section on benefits to single mothers. But the law is the law. He is official, dry and impartial. He is not worried about either women's tears or broken fates. Only documents are valid for the law. What kind? Not everyone knows this. And not every single mother knows her rights. We decided to fill this gap and clarify: what benefits for single mothers provides for Russian legislation.

Who is a single mother?

First, let's define who issingle mother. If the neighbors on the bench with incredible ease hang such a label on any woman who does not have financial support for her husband, then the law on this matter their opinion. The state will consider you a single mother if you:

In any other case, a woman is not consideredsingle mother. Even if the husband is not alive, legally you will be considered a widow. At the same time, of course, there will be help from the state. But you will receive a survivor's allowance, but not a payment to single mothers. Often, for one reason or another, women deprive a man of parental rights and hope that now the state will pay them a certain amount for the maintenance of the child. However, the Russian legislation looks at similar situations in its own way. Legally, even a man deprived of parental rights is the father of a child and is obliged to pay alimony for him. Therefore, the benefits of a single mother from the state to such a woman are not laid. That is, if legally the father of the child is established, then the entire burden of providing the child falls precisely on his shoulders. Of course, modern men very often shirk from such obligations, having turned from a beautiful prince into a malicious defaulter of alimony, but this is a completely different story. And now let's talk about one very common mistake that women allow in order to protect their child from human gossip. It's about inventing a father for a newborn. And if young mothers did this only among girlfriends and neighbors. But no. They continue to lie in the registry office, writing in the column "father" of a non-existent person (his father, grandfather or beloved actor). And all would be nothing. It seems that everything is fine from the side. In the documents the full set of "mother + father", and for friends invented a heart-rending story, and in the kindergarten to give the child is not ashamed. But the trouble is that strict customs officers will never believe this story when the child crosses the state border. After all, the law prescribes them not to release minors to another country without a notarized consent of the father. And what is your name in the document? Sergey Bezrukov? Well, where are you going to look for him now? That's the same. In addition, some medical clinics also require the permission of both parents to perform the surgery, if the surgical intervention is sufficiently risky. So imagine how you are in the most critical period when the life of a child is at stake, trying to prove to bureaucrats in a white coat that your father was invented and inscribed only so that you can safely drive your baby to the kindergarten, without fear that it will be call fatherless. It's worth it? Hardly. No, we are not agitating single mothers to put a dash in the "father" column. Just make sure that the registry office workers make a small note in the document "written down with the words of the mother." That's enough. Now you can freely move with the child from one country to another, give the child to a kindergarten without the risk of being convicted and try on the title of a single mother. In order to travel was deprived of any unpleasant surprises in the form of dumb employees of customs, take with you a book of a single mother. On how to arrange it, read in the next paragraph. And also about what payments are due to single mothers. 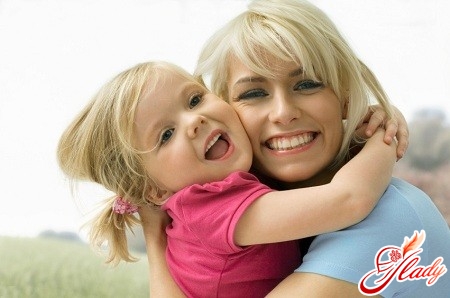 Registration of the status of a single mother

For more than one century people depend on statuses,documents and other legal red tape. Any action of a person must be documented, otherwise the state refuses to pay. The bureaucratic machine and single women are not spared. Therefore, if you want to have all the rights of a single mother, then please register your status. You need to do this in the social protection committee at your place of residence. It is there that the inspectors will explain in detail to you what list of documents is needed for registration and what are the resulting rights and benefits to you. Looking ahead a little, we will tell you that the amount of aid from the state directly depends on your work activity. If a woman does not work, she is entitled to a single mother's allowance in the amount of 1,873.10 rubles for the next 16 years. At the same time it does not matter whether the child goes to kindergarten or not. Only the labor activity of the mother is taken into account. A working woman will be paid 40% of the average earnings. By the way, when going to the committee of social protection, do not forget to take with you:

If you are a single mother living in Moscow, thenyou are covered by a comprehensive program from the Government of Moscow. That is, in addition to the above-mentioned manual, you will be entitled to several additional benefits. For example:

By the way, this compensation payment is dueas well as large families, students, military conscripts, children with disabilities, as well as those children whose parents are wanted for non-payment of alimony. Do I need to add that this benefit is enjoyed by almost half the population of the capital?

The labor code of the Russian Federation provides for a mass of privileges for a single mother. 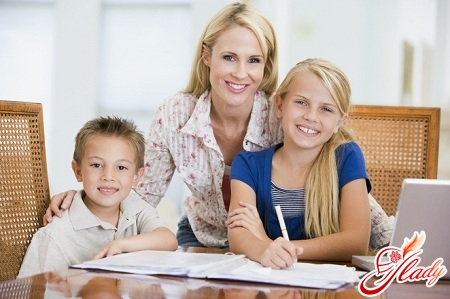 Every mom knows how difficult it is to get into a budgetKindergarten. There is an impression that it is necessary to get on line in the nursery group already when the child is just planning. But if you are a single mother, then the law grants you the right to enroll in a kindergarten without waiting. And this is true. After all, if the provision of the child lies entirely on the shoulders of a woman, then she needs to go to work much earlier in order to feed the baby. By the way, payment for a kindergarten for single mothers is also half that. The same applies to children's circles, music schools and other general educational institutions. That is, the state gives maximum opportunities for a single mother to get on her feet. As for the monthly payments that the kindergarten collects from parents, bypassing the letter of the law (here you also have common repair fees, a new game room or a tape recorder in the music room), then the state is powerless. If the amount required by the caregivers is high, try to challenge it in an oral order. Many women complain that you can not survive on the allowance, but even survive. We completely agree with you. But look how many around single mothers. And if we multiply the number of people who need them by the size of the allowance, then a colossal amount is obtained even on a state scale. There is one more nuance when determining a child in a kindergarten. The fact is that the number of single mothers has sharply increased in the country. Therefore, the right to an extraordinary device in kindergarten has to be divided. To this end, the so-called preferential line, in which there are only single mothers, was put into use. As for the school, here, too, single social benefits are granted to single women. In particular - a free two-meals a child in the school canteen.

Benefits of the Tax Code

As is known, the tax code of the RussianFederation provides a tax deduction in the amount of 300 rubles per month for each child of the taxpayer. For single mothers, tax benefits are doubled. That is, it can "not give" the state 600 rubles a month on legal grounds. This benefit is valid until the child is 18 years old. By the way, if a single mother marries, then the double tax deduction also ceases to be valid, and from now on she will pay a standard 300 rubles deduction, like all other parents.

Housing benefits for single mothers are sufficientare scanty. If you believe the law, the incomplete families have the right to an extraordinary receipt of housing. But here the amendments come into force that almost completely annul the effect of the law itself. The fact is that the same privileges are enjoyed by large families and mother-heroines. Therefore, in order to obtain housing, a single mother must first prove the need for its receipt, and then defend the preferential queue, which is often almost longer than usual. Add to this standard red tape with paperwork, and you will realize that it is almost impossible to get a single mother's housing. The same goes for the usual purchase of an apartment. Agree that living on a manual for a single mother and at the same time to collect money for your own home is from the realm of fantasy. Therefore, we will wait until the Housing Code takes into account the rights of single mothers and help them improve their living conditions. Finally, I would like to wish all single mothers: do not despair. You are not at all alone. And let in your life there is no man, but there is a child - the best that can be in this life. Even if you live from salary to salary, knocking out benefits from the state, you still remain immensely wealthy woman. And the wealth is in the children's smiles and priceless moments of joy, which gives you a growing child. Appreciate it, and let everything in your life be all right! We advise you to read:

What can you earn money on, and preferably a lot?

How to make money work: your way to prosperity

Family business: where to start and how to succeed

How to challenge a loan guarantee?