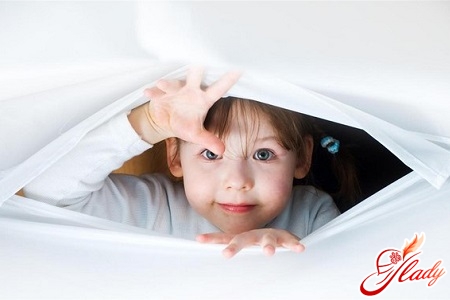 Children's fears ... What is it and how with themfight? As a rule, the reaction of adults to the fears of children is very different. Some parents begin to panic and immediately are taken to give their beloved child sedatives. Others simply do not pay any attention to the experiences of the child, believing that eventually it will pass by itself. Still others begin to scold and even punish an innocent child, believing that he has invented all the fears in order to obtain certain indulgences in discipline and additional privileges. And only a small part of the parents make the right decision and applies for the qualified help of a child psychologist. But this is absolutely correct, because ignoring children's fears can significantly aggravate the situation and lead to the emergence of such a formidable complication as children's neurosis, which requires serious treatment, often in a hospital. Timely work of a psychologist with childish fears will help eradicate the problem at the very beginning of its development. Even if the neurosis has been avoided, the fears of the child, left unattended, can cause significant harm to the child's psyche. After all, many of the complexes and phobias inherent in adults, originate in childhood.

The essence of childish fear

What is childish fears and what is their natureorigin? Fear is the emotional reaction of the psyche to the impact of threatening factors. However, as the psychoanalysis of children's fears shows, their specificity is such that, as a rule, there is no real threat, and the very appearance of the problem is due to a very rich and vivid imagination of children. The source for the imagination of the child is his environment, in particular, adults who are overly emotionally discussing in the presence of children the problems of fires, natural disasters, accidents and other accidents. Children's nightly fears can be caused by watching horror movies. Often it seems to us that the child is busy with his own affairs and does not pay any attention to what is happening on the screen. However, in fact, this impression is very deceptive - the kid, like a sponge, absorbs all the information. And since he is not always able to distinguish truth from fiction to the end, it subsequently leads to the emergence of childish fears. 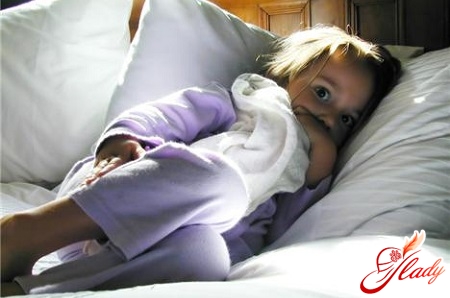 The causes of fears in children

There are also many different prerequisitesfor the development of fears in children. The causes of their occurrence are often hidden much deeper than it seems. Where adults do not know how to look for them. Psychologists call the main ones:

An important part of the work of a psychologistwith childish fears lies in their diagnosis and the establishment of causes. As a rule, for children's psychologists the diagnosis of childhood fears is not difficult. All of them are very similar to each other. Every psychologist has his own method of identifying children's fears. But in general, in essence, they are all very similar and based on the main typical features of the child's psyche. Absolutely any method of diagnosing children's fears sets a goal to identify not only the types of psychological illness, but also the cause of its occurrence. Some specialists use drawing for this, others - molding, while others prefer talking with the baby. It is difficult to name the best diagnosis of children's fears, because all these methods give equally effective results, and when choosing a method, it is necessary to take into account a number of individual psychological and age characteristics of each child. The classification of children's fears distinguishes two main types:

As you can see for yourself, not always thatthe fact that a child does not tell his parents about his fears means that they do not really exist. In the event that parents deny the phenomenon of childhood fears as such, and, accordingly, do not see the need to work with them, they can be asymptomatic. However, in such a case, the negative consequences for the child's psyche will be many times heavier than if the parents recognized the problem and helped the child to overcome childhood fears. However, those parents who themselves have a suspicious nature and excessive impressionability, can also aggravate the situation by creating unnecessary turmoil around it, thereby concentrating and fixing the attention of the baby on the existing problem. But the work with children's fears is just to identify the fears and make the child forget them, not focusing on them the attention of the child. Sometimes even there are situations in which parents involuntarily, at a subconscious level, can project their own fears on their children. This is usually a fear of the death of parents, which sooner or later is experienced by any child, fear of punishment (most often found in men). As a rule, if parents manage to find their common fears with children, overcoming them becomes much faster and easier. 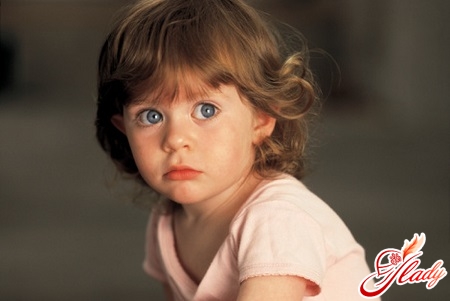 Identify the causes of childhood fears

As already mentioned, in order to successfullyto overcome the fears of the child, it is necessary, with the help of psychoanalysis, to find out their causes. At home, you can use several simple, accessible methods for parents to identify children's fears, which give a very accurate picture of the nature of the problem:

Another effective way of how to winfears of children, is a conversation with the child on an exciting topic. An adult person who has a conversation with a child should seriously approach this issue and consider in advance a list of questions that he will ask the child. Also, note that all questions are asked at an accessible level for children's understanding. Do not rush the child with an answer, you need to give him time to think. In no case should focus on any one reason, as this can lead to a new fear.

Classification of childhood fears by age

There are various classifications of childrenfears, understandable only to psychologists, so there is no sense in bringing them all. However, below is the most complete list of frequently occurring childhood fears, taking into account age features, because this syndrome is different in different age categories. Children's fears in children from 0 to 3 years

Children's fears in children 3-5 years For the age category of three to five years, the most typical are such fears as:

Fears in children 5-7 years At the age of 5-7 yearssyndromes of children's pathological fears become much more diverse. The horizon of the child expands, and with it, new fears may appear in the life of the little man.

Fears in children 7-11 years Children in the age range from 7 to 11 years, new fears associated with a new stage in their lives.

Within the framework of the program for correcting children's fearspsychologists give some very useful recommendations to parents. After all, it is scientifically proven that in 95% of all cases of childish fears, the mom and dad of the baby are directly or indirectly involved in this. 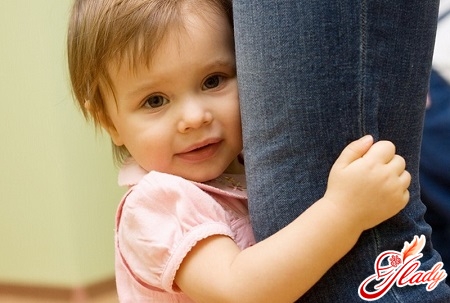 Recommendations on the prevention of childhood fears

Speaking about how to overcome the fears of children,I would like to note the pleasant fact that, fortunately, almost all of them are temporary and perfectly amenable to correction. However, for this it is necessary that the parents take the matter seriously. In the same case, if you do not manage to cope with children's fears yourself and you do not know how to deal with their consequences, you can always seek help from a psychologist who will tell you how to get rid of the problem. As a rule, the problem can be eliminated in any, even the most difficult and neglected case, but it is advisable not to waste time, so as not to injure the child's psyche. We advise you to read:

Development of the child in 6 months through touch, hearing, sight

Games for children for the holiday - choose correctly

Gift to the child for 10 years. Such a difficult choice

How to choose children's clothes and what to look for