Azalea, or rhododendron - is a low-barreledA plant that is a shrub with bright flowers and a spreading crown. Cultivated azaleas in garden conditions, and in the room. Today there are 1000 species of rhododendrons that grow in China and India, as well as in the Caucasus, Siberia and the south of the USA. In this article we will tell you how to properly care for this plant and what are the features of its content. The name "Azalea" is considered obsolete - the plants of this species should be properly called rhododendrons, as mentioned above. However, the beautiful, refined name of Azalea so we got accustomed to, that many color suppliers deliberately point to the packaging this name. Agree that it sounds more pleasant, especially when it comes to such a pretty flower. The genus azaleas is quite extensive. It includes such species as evergreen, deciduous and semi-leafy, differing from each other both in leaf form and in flowers. They can have a cluster, ampel or pyramidal shape. Distinction and care for each of the species. "Parents" of modern azaleas are the Rhododendron Sims and the Japanese Rhododendron.

Azaleas have both stamens and pistils inone flower, and pollination occurs at the expense of insects. According to the form, there are four main types of flowers, each of which has a number of subspecies: simple, double and double look with a "flower in a flower." Simple flowers have, as a rule, five petals and the same number of stamens. Terry can have a different number of petals, directly from which appear stamens. A "flower in a flower" of a simple species can have 10-12 petals formed from a cup. But terry "flowers in a flower" have and more than 30 petals. In nature, azalea can be found in Asia and North America, as well as in Europe. In Japan, the cultivation of azalea has been going on for more than a millennium. But azalea came to Europe and the USA recently as a house plant. Somewhere in the early 20th century, rhododendrons became popular in the form of garden bushes. At that time almost all the botanical gardens were clogged with both species and hybrid azaleas. Since then, active selection of azaleas in the United States, Great Britain and Germany has begun. In addition, azaleas are divided into three groups: Indian, Japanese and North American. Indian rhododendron is a house plant grown in a room. Japanese azaleas are a decorative kind intended for a garden. As a rule, it is a shrub with pink or lilac, white or red-orange flowers. It may also be that on one bush are the flowers of all the above colors. But North American azaleas are 16 kinds of rhododendrons of all possible colors, as well as their hybrids of deciduous type. The rules of azaleas care

Now more about how to care forroom azalea. As in the case of growing other flowers, it is necessary to pay attention to temperature and lighting, humidity and irrigation features, as well as fertilizing, multiplying, replanting and cutting the plant. But first things first:

In the summer, when the temperaturereach record marks, azalea is better to put in a cool place. For example, on the floor. With this, the main care begins. In winter, rhododendrons also need a relatively cool temperature of up to 15 degrees. In autumn, while laying flower buds, try to maintain the temperature at around 7-8 degrees, and after a couple of months, raise to 15. Note that all varieties of azaleas begin to bloom in different periods of the year, but in order for the kidneys to be laid, be sure need a cool temperature. It is impossible to properly care and without proper lighting. Azalea needs a bright light, but in no case in direct sunlight. It is permissible for the sun to reach the plant in the early morning or late in the evening - but not in the daytime. It is best to grow a rhododendron on the eastern or north-western windows, it is undesirable - on the northern. If the flower grows in an apartment on the southern or western side, then you must create comfortable conditions for it - let there be a shadow. Pay attention to the fact that the soil in the pot is always wet. And for irrigation, use only soft water. Overdrying, the flowers of azalea lose decorativeness, brightness, and the foliage begins to fall off. This is just a plant that does not tolerate excessive dampness or excessive drying. From overflow rooted roots immediately, and if the drying lasts a long time, then azalea and can quickly die. In order to avoid drying the soil, in particular, in the summer, cover the soil layer with moss. It can be both sphagnum and forest moss. Alternatively, you can sprinkle the soil with a special gravel crumb. However, pay attention to the fact that at the bottom of the pot was enough drainage, and the pot itself had holes. This is necessary to get rid of excess fluid. Indoor home azalea needs good humidity. Spray it beforehand, preferably, with boiled water. In the flowering period, use a small spray to spray it - this will prevent the appearance of large spots on the foliage. To create a comfortable moisture, you can also put pots with azaleas on special pallets, laid with wet pebbles or the same moss. Azalei feeding is carried out from April to September. If the room has good lighting, then you can fertilize the plant at other times of the year. As a rule, they feed the flower every three weeks, using special fertilizers intended for rhododendrons. In principle, you can use other fertilizing for ornamental and flowering plants. The main thing is that there are no alkaline reactions. Proper care involves periodic circumcision of azaleas. Immediately after the flowering of the plant, it is necessary to shorten the last year's, as well as stretched or strongly grown sprouts. In addition, the branches are thinned and a weak, painful increase is removed. Old specimens can be rejuvenated by short pruning and further planting them in the ground for a summer period. Now about the transplant. The most acceptable soil for azalea is coniferous land, the use of which is possible without special preparation. Its pH is 4.5-6.0 - quite normal. If you yourself are typing land for a plant, it is better to take the soil from a mixed undergrowth, that is, where pine and birch grow. And peat land will do. Rhododendrons do not tolerate heavy loams, as well as soil from the places where oaks grow. Azaleas have a superficial root system, so use not too deep pots. They should be rather wide, 2-3 cm in height. Consider the drainage level. It will not be superfluous to add a bit of pine bark or coconut substrate to the soil. How does reproduction occur? As a rule, rhododendrons reproduce by cuttings, which are cut right after flowering. Cuttings take slightly brown, with a thin crust, by no means green. They are rooted in the ground, using peat mixed with sand or plain leafy earth. Then, from the cut cut, the lower foliage is removed, leaving a pair of leaves on the top. You can think through the question in advance, having sustained a stalk of 16-18 hours in a special solution of heteroauxin (temperature - 22 degrees). Such a stalk takes root in the ground at a temperature of 23-24 degrees, while the moisture index should be 70%. Do not forget that the plant should be periodically watered, so that the stalk is firmly rooted.

What are the difficulties of growing azaleas?

Azalea, like any other plant, is differentsome difficulties in the cultivation process. For example, this is a short flowering period. This can happen when the flower is too hot or the air is too dry. Place the pot with azalea away from the battery, spraying the leaves daily. By the way, the reason for a short flowering can be an excess of bright sunlight or a lack of moisture. Another problem that you may encounter is alkalization of the soil, as well as the accompanying excessive dampness and hard water. How is it shown? In poor growth or weak budding. Sometimes flowering can be absent. The reason for such problems is the planting of the plant in an inappropriate soil or initially incorrect care. Be sure to provide the rhododendrons cool, comfortable and humid atmosphere. Pots with a flower can be placed even between the frames of windows - there is a little cooler; however, make sure that the temperature does not drop below 8 degrees (during the active budding period). During the flowering period, the temperature should be on average 13 degrees. 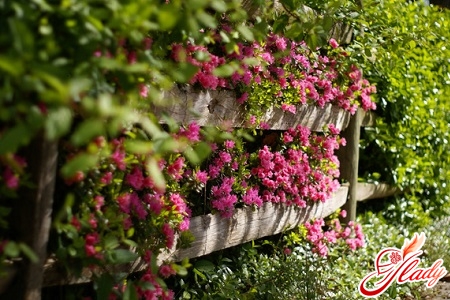 Providing complex care for rhododendrons,take care that the plant is not affected by pests, the main ones of which are scutes, false pins, spider mites and mealybugs. The first two pests can be recognized by brown plaques located on leaves and stems. In addition, the leaves may lose color and dry out, sometimes even fall off. Will suffer and flowers. How to deal with scutes? It is better to use mechanical cleaning, rubbing the leaves with a soapy soft sponge. After that, pour the soil in the pot with Confidor or insecticide Aktara. If these drugs do not, use a solution of Actellica (0.15%, 1-2 ml of water). Spider mites can show themselves in excessively dry air. On stems right in the internodes can appear a web, which will become very noticeable in case of serious damage. You can notice small punctures in the gaps. Be sure to wipe the sponge plant or wash it under warm soft water. In order to completely get rid of pests, spray azaleas with acaricides. Do not forget about maintaining the optimum humidity. Small worms, white shaggy pests, negatively affect the leaves, flowers and shoots. As a rule, they accumulate at the roots and in internodes. You can notice the curvature of the leaves, their drying. You need to fight the worms the same way as with a spider mite, not forgetting to water the soil layer with Confidor or Aktara. Actually, this is all the basic rules, which should be adhered to, growing azaleas. By giving the plant proper care and care, you can grow a gorgeous exotic flower that will take a worthy place in your home flower garden and impress with its delightful look.