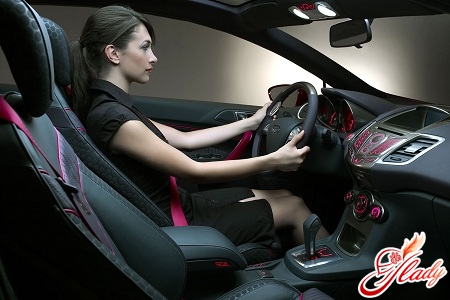 If you have to master the nuances of managementa car equipped with a manual or manual transmission, do not despair in advance, because the difficulties associated with a number of its features are often exaggerated. The main thing, confusing novice drivers, is the presence of three pedals (instead of two) and a gear lever. Undoubtedly, coordination and coordination of movements will be required. But on your side there will be a moral advantage over those drivers who can only drive a car with an automated version of the box. A certain plus will be the choice of the vehicle itself, because in some cases, to afford the model you liked with an automatic transmission, you will have to pay a tidy sum, and the same car, only with mechanics, is cheaper. Therefore, one does not need to feel defeated in advance - it is better to be patient and persevering in order to overcome some difficulties on the way to the goal.

What is a manual gearbox

Modern cars are equipped with severaltypes of gearbox, for example: mechanical (manual), automatic, robotic and variator (stepless). The most popular vehicles were mechanical (manual transmission) and automatic (automatic transmission) gearboxes. Between these options, there are a number of differences, because in the car with automatic transmission control of the process of switching the speeds completely takes over the electronic system, in other words, the computer, and in the car with manual transmission this happens only with the direct participation of the driver. A manual (manual) transmission has existed for more than a hundred years and, of course, for its long history, it has experienced many changes and improvements. Its design is still simple, reliable, allows you to operate the car manually in all driving modes, and, with the known skill of the driver, is quite economical in terms of fuel consumption. 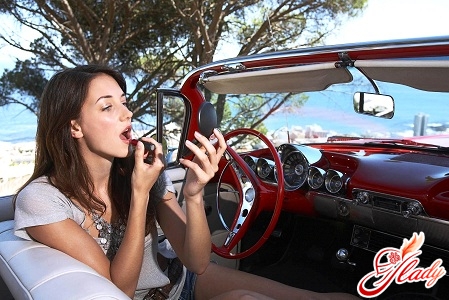 The basics necessary for driving a car with manual transmission

That's about what secrets will help a beginner faster and easier to understand the intricacies of controlling a car with manual transmission, and will be discussed. To begin with, you need to clearly understand several important points:

This is the basics, without the knowledge of which to learn to drivecar is not possible. But important is the development and smooth start of the car, without jerks and stalling engine. To do this, you have to practice, since from the first time not all are obtained. It is important to bring the movements of the hands and feet to automatism. In theory, in order to smoothly move from the place, you need to perform a number of manipulations in the following order:

If your practical actions coincide withtheory, the car will slowly move from its place. If not - no problem: Just be patient and try again. And again, until you achieve the result. Special attention should be paid to the moment, when it is necessary to switch the speed, because all the time to go only on one is impossible. To do this, you need to know that the first gear is allowed to drive at a speed of up to 15 km / h, the second - up to 30 km / h, the third - up to 50 km / h, the fourth - up to 80 km / h, the fifth speed limits only your sense of self-preservation. For starters, a speedometer will serve as a good clue, and then you can focus on the sound of the engine alone. 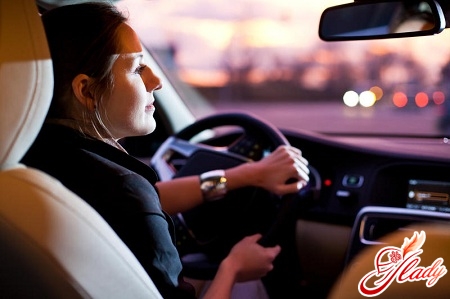 If you need to slow down on dryroad surface, do not need to go from high gear to low for this. It is better to lower the speed to the minimum for the same gear on which the movement was carried out. In ice and rain the situation is somewhat different. Since the road surface is slippery, the stable position of the car becomes particularly important. You should concentrate completely on the road, and to increase the stability of the car, equipped with a mechanical box, switch to a lower gear, thereby reducing the speed. This will allow you to check the angle of possible skidding and react in time when an emergency situation occurs. Remember and the fact that for braking on a slippery road, you first have to slow down, then release the clutch, make the transition to a low gear and only after doing all of these actions again to squeeze the clutch. This method is called "engine braking", it will not allow the wheels to lock, but slowing the movement of the car will occur gradually. Here a great role is played by careful observance of the distance between your car and the next in front, and, of course, the high-speed mode. Smooth entry into the turns also contributes to safety when driving in a car equipped with a manual or manual transmission, because this method can prevent the vehicle from slipping on a slippery road surface. In the case when your car stalled in the snow or on the ice, it is necessary to resort to the so-called "swinging" method. To do this, move forward with the inclusion of the first gear, and when driving backward, engage, respectively, the rear. Of course, for a beginner, these recommendations will seem difficult and difficult at first, but regular attempts to implement them will eventually make your driving style more light and safe. The easiest way to control a car is, of course, with an automatic transmission. And still, if you only have to pass the course of "young driver" and get the right, it is better to learn to drive on a car equipped with a manual (manual) gearbox. Why? The answer is obvious: having learned to cope with a more complex management option, you can feel confident in any situation. By the way, in many foreign countries the driver who passed the training and passed the driving test with the automatic box is strictly forbidden to drive a car with a mechanical transmission. Conclusion: there are no easy ways, especially if it concerns the art of managing any vehicle. We advise you to read:

How to properly wash the car on a sink and yourself?

Tips for a novice driver

Methods of protecting the car from theft

Women's cars: a hot dozen cars for a lady