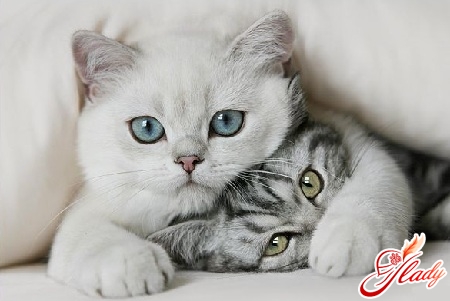 On the question of how long a pregnancy lastscats, the special literature gives the exact answer: "The average duration of pregnancy in cats is nine weeks." However, these are only conditional figures (like nine months in humans). In the normal course of pregnancy, the cat nurses offspring from fifty-eight to seventy-two days. On what do the different terms of pregnancy depend, and how does it proceed? Let's figure it out.

First, there is an opinion that short-haired andlong-haired cats the gestation period varies. And although a scientific justification for this fact has not yet been found, it has a place to be. So, for example, it is noticed that usually (but not always!) Long-haired cats bore kittens longer. They have a pregnancy lasting from sixty-three to seventy-two days. Shorthair cats expect the offspring to be born from fifty-eight to sixty-eight days. And Siamese and Abyssinian cats (ostensibly!) Have kittens longer than usual. The duration of pregnancy of cats directly depends on the number of nursing kittens. More often, larger litters cause a shorter gestation period. And if the cat bore more than five kittens, it gives birth to them before the average time. However, the births of even a very large litter (eight to twelve kittens), which started earlier than the lower term of pregnancy (less than 58 days), are considered pathologies. And such premature kittens often do not survive. To cause a prolonged pregnancy can be a small number of young in the litter, and the stresses that a pregnant cat undergoes in the last period of bearing kittens. At the same time, delay of labor for one week is considered quite acceptable and does not affect the health of newborns. However, a longer delay requires human intervention, otherwise everything can end badly. But in any case, the owner can control the gestation period only if he knows the exact date of mating and, consequently, conception, which occurs in a day or two after mating. This is the "starting point" of pregnancy. 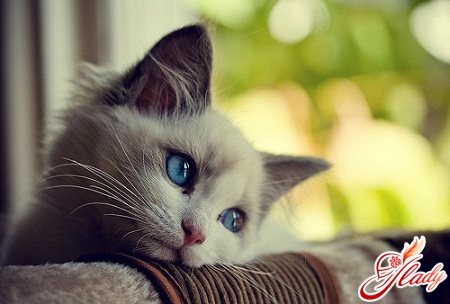 Pregnancy cat is divided into three mainperiod. The first trimester After conception, the fertilized ovum (zygotes) are attached (implanted) to the uterine wall, and within the first week the cell reaches the size of a speck with a diameter of three tenths of a millimeter. During this period, the future kitten looks more like an empty bubble with a knot. The vesicle itself will then participate in the formation of the placenta, and the "nodule" will develop into the embryo.

Each kitten develops in an individualcocoon, called "chorion". This cocoon is surrounded by the placenta, which provides fetal nutrition. The placenta is covered with villi, the number of which is corrected by the growth rate of the embryo.

By the fifteenth day of pregnancy, the embryo reachesthe size of two to ten millimeters. He becomes visible head, and there are rudiments of the brain. By the eighteenth day, the feet begin to form. Until the twenty-first day of pregnancy, the rudiments of the auditory canals are formed, the pigmentation of the future eyes appears, internal organs begin to develop. It is at this time that the first external signs of pregnancy become noticeable: the cat becomes pink and the nipples grow. Second trimester It is during this period of pregnancy that the embryo becomes a fetus and looks like a very very small cat. How does this happen? First, the embryo forms the upper lip, earlobes and fingers. The skeleton, muscles, internal and sexual organs continue to develop. The spinal cord, jaw, tongue, and sky are formed. The hormonal system begins to develop. By the end of the second trimester, a muzzle forms: cheeks, chin, nose and mouth appear. Bones begin to saturate with calcium and form teeth (in the depths of the jaws). Internal organs are placed in the places reserved for them, the head increases, eyelids and triangular ears appear. On the head develop cheeks, chin, nose and mouth. External genital organs are formed, and claws appear on the fingers.

The third stage of pregnancy of a cat. At the beginning of this period, the fetus grows to eight centimeters. The skin becomes thicker and folds, the ears grow, and the tail lengthens. By the forty-fourth day, silky fur appears, and after four days it becomes color. At this time, the fetus grows up to twelve centimeters. From the fifty-eighth day the formation of the fetus is considered complete, and all the remaining days precede the birth. For twelve hours (or even a day) before delivery, the rectal temperature of the cat decreases to thirty-seven and a half degrees, and the prenatal period can last up to one and a half days. 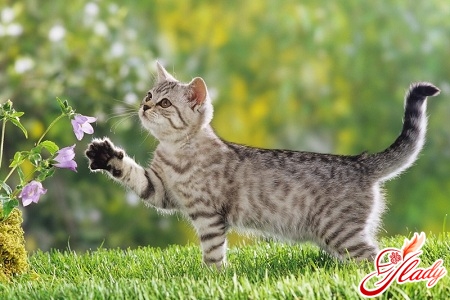 A normal healthy cat will give birth without problems inaccurately allotted by nature terms. And how many days will last her pregnancy, depends on the individual characteristics of the pussy itself. However, a successful pregnancy in cats can not last longer than seventy-two days and less than fifty-eight. On average, the cat nurses offspring for two months. And that's interesting!

Truly amazing animals! We advise you to read:

Dogs and cats are so different, but together

Care of the aquarium. What do you need to know?