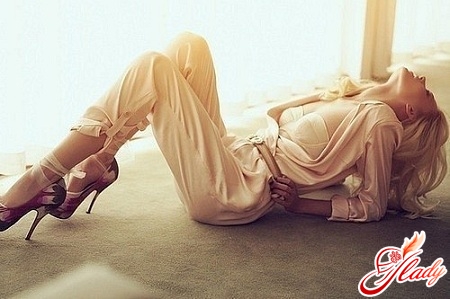 Many people have a great desire to be ingreat shape and look good. Sometimes the desire to have a slim figure turns into an obsession, against which develop such mental illness as anorexia and bulimia. But the topic of our today's conversation will be precisely anorexia, since it occurs most often. In addition, very few people know what anorexia is. Let's try to figure it out together.

What is this disease? In the people, anorexia is called "Barbie Syndrome". Trying to lose weight in all sorts of ways, the girls themselves do not notice how they lead their bodies to exhaustion. And the body immediately responds to such "bullying". The metabolic processes begin to change, amenorrhea develops (the menstrual cycle is lost), mental changes occur. By the way, it is psychical problems that pose the most serious threat, as they aggravate the course of the disease. People begin to misrepresent the situation. Reflection in the mirror - not quite slender (regardless of reality), and the food is perceived as a certain substance with a certain number of calories. And even after a small meal people resort to vomiting and enema. So, to answer the question about what anorexia is, it's easy enough - for this you do not need special medical knowledge. Anorexia is a serious mental illness that poses a serious threat to human health and requires immediate serious treatment.

Some believe that anorexia is a diseaserelatively young, appeared not so long ago. But in fact, this is not so. Even in the 19th century, cases of anorexia were documented. In 1859, the doctor William Chipley described the state of "sytomania", which was characterized as a fear of eating. Chipley worked in a psychiatric hospital and drew attention to girls with severe exhaustion, which were brought by relatives. These girls were from bourgeois families and they did not have a lack of food. They refused to eat or reduced the amount of food to unacceptable dimensions for a full life. A similar phenomenon after 10 years was described by the American physician William Gull and called it "hysterical apoplexy". And the reasons leading to loss of appetite were the same as those of modern beauties. The ladies wanted to be real ladies, and the lady should always look good. 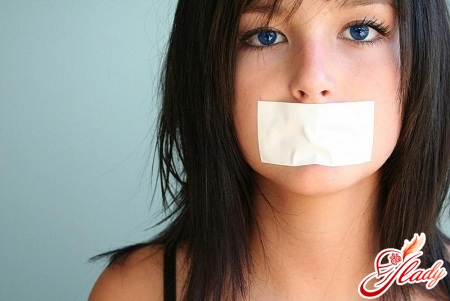 At present, in pursuit of "idealforms "of the danger of anorexia affect girls and young women with low self-esteem and inflated demands on themselves. According to statistics, 90% of those with anorexia are women between the ages of 13 and 25. The remaining 10% are men and women of more mature age. By the way, anorexia occurs not only due to fasting, but also improper, excessively strict diets and debilitating physical exertion. According to the nature of the disease, the disease is divided into two types:

In most cases, the patient only afterrecovery recognizes his illness and begins to perceive all the seriousness of what is happening. During the same illness, anorexia for a sick person is not a cause for concern. He considers himself perfectly healthy. With the indifference of others and relatives, a mental illness leads to serious health problems.

The mortality rate in this mentaldisease. More than 10% of affected people eventually face a fatal outcome. The most frequent causes of death are hunger, heart failure and suicide. So think - is it really safe anorexia?

Treatment of the disease

At whatever stage the disease is,it is necessary to treat it. When treating anorexia, you first need to convince the patient that he is sick and needs help. A person is not able to adequately assess the seriousness of what is happening. And without their own desire to recover almost all methods of treatment will be ineffective. In the initial stage of anorexia, treatment at home is possible. In addition to adjustments in nutrition and medication, group and individual therapy sessions are conducted. And such therapy will continue for a very long time. After all, even after complete recovery of the body there is no guarantee that psychological problems will be solved. In the treatment of anorexia, psychotherapy is a long and painstaking process. In especially severe cases, treatment takes place in a specialized hospital. For the sake of justice it is worth noting that this pathology in most cases is revealed too late, when the human body is extremely exhausted. The primary and main task for doctors is to restore body weight. In some cases, there is a need to resort to medical treatment. Based on the general clinical picture, the patient is prescribed certain medicines. Duration of admission and dosage is determined by the attending physician on an individual basis. And, of course, in the treatment of mandatory psychotherapy is present, which is a key element of treatment. With the timely and correct treatment of anorexia patients completely restore their physical form and health. 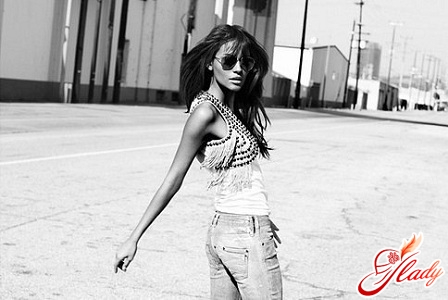 A little bit about the "stars"

However, not only mere mortals suffer fromanorexia. Until recently, feminine forms and sizes a little more than a child were considered among the beauties of show business something indecent. Today the situation has not changed. Many Hollywood stars in pursuit of the ideal of beauty continue to "starve" themselves with hunger and "melt" literally before our eyes. Sometimes they lead themselves to complete exhaustion, when physicians state to them the early stage of anorexia. But in pursuit of beauty, nothing can stop them, even the fact that dozens of models die each year from this disease. Among the famous stars, the lean-toots, included in the TOP-10, either anorexic patients are encountered or successfully fighting this disease. Hollywood beauty Angelina Jolie became close to anorexia after the death of her mother. Angelina fell into such a depression that she practically did not eat anything and brought herself to hungry fainting. But this is not the first time that Angelina brings herself to such a state. Often the star neglects food during filming to look good. In early 2009, the public was struck by the excessive leanness of the main blonde Paris Hilton, who was never more than overweight. Paris justifies this by the fact that she has an excellent metabolism. But the press leaked rumors that Paris and his sister Nicky agreed that their weight should not exceed 50 kg and began to adhere to a rigid diet. After 3 months of fasting, Paris weighs 45 kg, sisters' friends are concerned about their health and appearance, and Sisters Hilton say that only in this way they will be able to win the hearts of the opposite sex. Victoria Beckham is often called the symbol of anorexia due to unhealthy thinness. After each pregnancy, Victoria becomes more and more slim. Vicki herself claims that her body is slender due to sports and diets. Kate Moss herself has repeatedly said that she suffers from anorexia. The model told that she was losing weight with the help of drugs, and then fell into dependence on cocaine. Because of her dependence, Kate lost her job, fell into depression and got into a narcological clinic. Now the model is fine, she got rid of addictions, gave birth to a daughter, gained weight and was removed in popular glossy publications. Journalists are not tired of accusing Keira Knightley of anorexia, although the actress claims that her health is ok, and leanness is the structure of her body. Mary Kate Olsen herself admitted in 2008 that the fashion is dependent on leanness. But the actress was able to gather strength and stop in time. Nicole Richie had anorexia for several years, she lost weight from 65 to 38 kg. According to rumors, the actress decided to become slim after getting to know Paris Hilton. It is not known for sure whether this is so or not, but after several years of suffering, Nicole came into shape and managed to give birth to two children. Allegra Versace, the niece of the famous couturier and daughter of Donatella Versace, began to suffer from anorexia as early as adolescence, several times she went to a psychiatric clinic and weighed 32 kg. Such a weight nearly led the girl to death, her body was already refused, she could not eat and move alone. To date, Allegra has come to form. Thanks to the film "Diary of Bridget Jones" Renee Zellweger not only became famous, but also received health problems. For the film, the actress had to recruit about 15 kg, and after shooting to get rid of them in a short time. Renee was on the verge of exhaustion, but thanks to a competent dietician doctor and her sanity, the girl coped with her problems. We advise you to read:

Cracks on the lips. Why do they appear and how to treat them?

How to get rid of thrush forever?