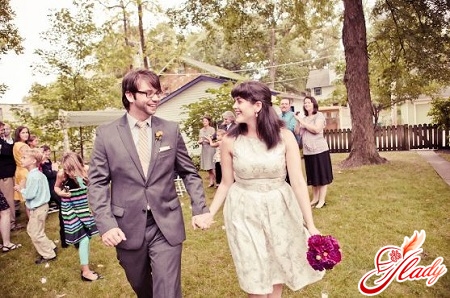 An important milestone in human life

Why is the wedding event is almostnot the most important milestone in a person's life? Because from that moment, as indicated in the Scripture, "And a man shall leave his father and mother, and shall cleave to his wife, and the two shall be one flesh." Because a new family is being created, a new "cell of society" that will build its temple of love with its laws and procedures and its charter. And in many respects, what kind of temple it will be depends on the two who build it: will they respect each other and build their relationship on love and respect or will they find out who is in charge of the house. As the proverb says: "To marry is not to attack, as if a married man is not lost." You can turn your family life into a paradise on Earth, or you can go to hell. Although everything depends on the will of God, the newlyweds also need to work hard, and this work does not end in the first year after the wedding, but continues sometimes all of life. But with the fact that the first anniversary is the most difficult, no one will argue. And how many years will the family life last, one God knows. Everything depends on the foundation laid in the very first years of joint construction. 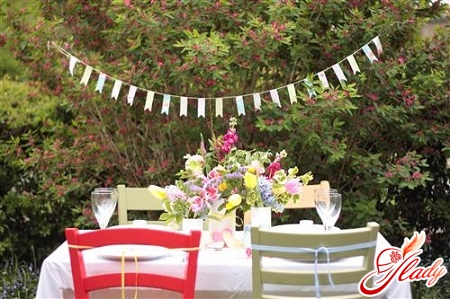 Why is the first anniversary calico?

Why is the 1st anniversary of the wedding called calico? Often this is understood verbatim. A year of family life has passed. This is not enough, and a lot. Flying like a moment, "honeymoon", the holiday ended, and family everyday life began, the first inconsistencies, disagreements, the first grievances and disappointments. Two loving people began to open in each other some hitherto unknown character traits that did not always fall into the liking of the other half, began to adapt to them and try to put up with them - in a word, began to get used to each other, and the life of the young became ordinary, like "Calico simplicity". But why are they still called newlyweds? They will be called so until relatives and friends get together to congratulate them on the "cotton wedding". The first year is the most difficult. Each of the couple comes to their new family with their way of life, with their worldview, with their habits and inclinations, or even, what's wrong with their ambitions. Here a lot depends on the young, what they want to see their family, whether they will create it together or everyone will cut it in their own way. It is believed that from the day of the wedding to the day of the celebration of the first anniversary, the newlyweds pass a probationary period, at the end of which they sum up: were they able to preserve the flame of love, learned to reckon with each other's interests and cede in controversial situations, supported each other in difficult moments or proudly "pose" and how they actually implemented their promises, which they gave each other on the day of the wedding. This first year, therefore, is called "calico", that this fabric is thin, cotton, weak as gauze, has many shades and easily breaks from the slightest effort. So family life at first is very fragile, it can easily be ruined by an incautious rude word, an unseemly act, indifference. The holiday can not last forever, and everyday life is not called gray. And it is very important in the days of the first year not to allow "the family boat broke about life." If each of the newlyweds will try not to "pull the blanket over themselves", but to do everything to cause joy to the spouse, then there is a certainty that the family will be strong in many years too. There is another version of the origin of the name. According to it, the name "calico" came from the Sanskrit "sitras", meaning "variegated". And for sure, the first family year can not be called monotonous: in it sometimes such "Shakespearian" passions are seething. The life of the newlyweds is a continuous striped place: the idyll is replaced by a storm, love by hatred, joy - by tears. Variety, and only. The simple people explain the name "calico" in its simple way: the young in the first year so actively behave in bed that the cotton sheets wear out to the state of gauze (that's why the cotton wedding is also called gauze). How do they celebrate the first anniversary? This day the young wife wears a beautiful cotton dress, which by tradition should be sewn by herself, and her husband - a beautiful embroidered shirt, also sewn by his wife. These clothes are symbolized, as it were, that the life of young people has turned from a holiday into everyday life, but these days are still vividly colored by the bright colors of the past holiday. On this day, the newlyweds drink a bottle of champagne, which was specially kept the whole year from the day of the wedding. In addition, they must necessarily finish their dishes clean, so as not to "lose happiness." His wife embroidered by the anniversary festive tablecloth, which covered the table with meals and drinks for guests. On the holiday, parents, witnesses, close relatives and best friends were invited. 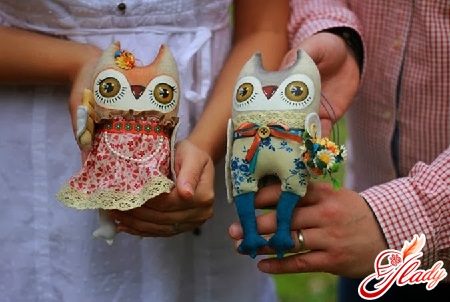 Gifts for a cotton wedding

Very important is the question of what to give to cottonwedding. Young give each other cotton scarves, tying them on a knot, as if giving this promise to keep love for many years. Then they, standing facing each other and holding hands, utter together the words of the spell: "As the knots we tied up are strong, so our words are strong. As a wind-ringleader awakens in the field, so joy and happiness will be with us forever ". It is believed that properly conducted rite of knotting promises to the family a long and happy life. These handkerchiefs are then placed in the far corner and stored for life. By the way, the Orthodox Church does not approve of such rituals, considering them pagan. Instead, she recommends that the union be cemented by a wedding, who did not do it before, and on the day of the anniversary, they must go to the temple and put candles "in health". Well, when the spouses on their first anniversary make each other other wedding gifts, except for cotton prints. A husband can give his wife kits for knitting, needlework or embroidery, if his wife is a master or wants to become it. Beautiful underwear, negligee or nightgown also will not leave his half indifferent. Jewels at all times were beyond competition. A set of cosmetics can be presented only by that spouse who has thoroughly studied the tastes and preferences of his wife, otherwise there is a good chance to miss with such a delicate gift. The wife will show her love for her husband if she gives him a knitted sweater or a fashionable scarf. Warm soft home dressing gown, too, will please the spouse. If a husband has some hobby, then he will remember any first thing of the subjects of his addiction, given to him by his wife, for life. Guests usually give their husbands goods made of chintz (but not necessarily): tablecloths, towels, napkins, curtains on windows, fashionable kitchen aprons to husband and wife, bed linen, light summer dresses, shirts, t-shirts, shorts, tunics - and those newlyweds, who plan to have a baby, give diapers and sliders. It must be remembered that on the cotton anniversary of the wedding, you can give any clothes, paying attention only to the opacity of the tissues. And, of course, it is always appropriate to give jewelry: articles made of gold, silver, platinum, especially expensive products made from semiprecious mottled stones. You can, using the imagination, present original memorable gifts: cushions in the form of a crescent moon, the sun, hearts with embroidered inscriptions on them. You can donate paintings with portraits of newlyweds or posters, calendars with wedding photos of the newlyweds. But the main gift is still given to the daughter-in-law by her mother-in-law: this is a beautiful cotton dress with the wishes of simple and easy relations with her husband, the same as this material. Congratulate the young can be such verses: On the day of your wedding calico We give a handkerchief And from the heart we wish you Son or daughter.

Male weakness - not always a lack of men

A gift to the newlyweds

What kind of women are men's wives in reality

Marriage by calculation or by love - what is stronger?