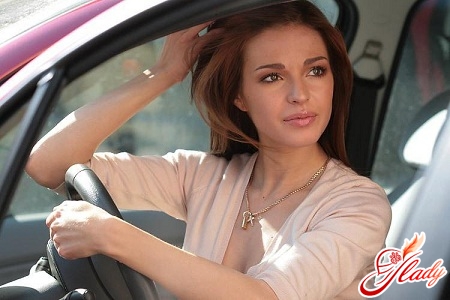 Probably everyone saw a sensational film"Heat". Virtually all the characters in it are young well-known actors. And today we will talk about one actress, who became interested in the whole world after the release of this film. So, meet - Agniya Ditkovskite.

This wonderful, attractive girlwas born on May 11, 1988 in the Lithuanian SSR, in the beautiful and large city of Vilnius. According to the famous Wikipedia site, Agnia was born in the family of Tatyana Lyutaeva and Olegas Ditkovskis. Tatyana is a very beautiful woman, a famous Russian actress, and Olegas is a Lithuanian no less famous director. Biography of the mother of Agnia interested everyone after she played an excellent role in the "Midshipmen", and as they say, she woke up with a star. Her career she continued in the Lithuanian theater. Of course, in her life there were various shootings in the movies, but the scope was far from being Moscow. For many years Tatiana dreamed of returning to her native city, and the children at this time quickly grew up. Until 2003, the family lived in Lithuania, and then for some reason moved swiftly to Russia. Once Lutaeva successfully graduated from VGIK, whose student exactly twenty years later became her daughter Agnia. She adequately passed the difficult entrance exams to the All-Russia State Institute of Cinematography, but her studies there did not last too long, and the future actress left after the first year. Perhaps Agnia decided to plan her own life on her own, and not act according to her mother's wishes. But after a few years Agnia Ditkovskite still begins her professional career in cinema. Already in 2006 she plays the role of a wonderful girl Anastasia in the youth light film "Heat", which makes her famous. On the shooting itself, she approaches a promising young actor Alexei Chadov; there is a stormy romance, and after - a long relationship. At that time the lover Alexey told the press: "Agniya Ditkovskite is a wonderful girl who is not interested only in clothes and money. She's interesting, she has something to talk about. She knows how to find an approach to a man, is able to correctly respond to some male deficiencies. Agnia does not run away from home, does not feel hysterical and does not hang up the phone, like many modern hysterics. Of course, knowing all this, you want to fall down on her knees and say that she is the best, that she is a goddess! "Their relationship lasted for three years, and they were not deprived of great romantic plans for the future, in which the lovers were even initiated ubiquitous journalists. But still these young people were overcome with disappointment, followed by parting. Agniya Ditkovskite said that love is over, and building relationships and family life without it is impossible and wrong. Another big plus of this girl is that she is very different from the famous glamorous ladies. Personal life is not for her. She does not share the view that the interior should be particularly luxurious. The actress does not strive to stand out from the crowd with the help of a constant demonstration of branded things. About herself she says that she is not used to judge people by their appearance, believes that it is more worth paying attention to the spiritual world. Agniya Ditkovskite does not call herself a model of modest behavior, the more often she was noticed with a glass of wine or with a cigarette. Agniya does not deny that she lives without burdening herself with any complexes and frameworks, but at the same time she tries to improve. 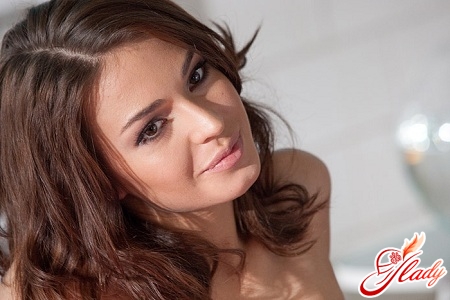 Recently, the Moscow paparazzi is prettyoften attributed to the charming actress new hobbies. For example, most recently she was seen in the company of a young singer Roma Kang. After that, like evil snakes, rumors that they had a love affair quickly spread. However, as it turned out, they have a completely different relationship. Young actors starred together in a clip of Alexei Tishkin on the composition "Airplanes", where they appeared in the image of a couple in love. According to the director's plan, our heroes, who live in their cozy family nest, with incredible force, the first scandal in their joint life collapses. Free from filming time they have fun together, laughing and hugging constantly. Roma is happy that he helped realize Agnia's cherished dream, because the girl really wanted to sing, and now her dream came true. Perhaps this is not only a creative union? Time will tell! The biography of this wonderful actress is very versatile. She is a man alive and easily finds a common language with new people. By nature, she is a homemaker, and at secular parties appears, most likely out of respect for the rules of modern show business. Now she is trying herself in a new role, doing modeling work. Ditkovskite Agnia Olegovna by nature has a wonderful taste, so she chooses a wardrobe herself, not following blindly the fashion, but rather creating her own style. Now she continues to receive invitations to various films and still pleases us with you with new roles and her versatile talents.

How to become happy forever?

How to overcome laziness and get used to work

The image of the head: on what the business reputation depends

How to change yourself and your life: five steps towards the ideal

How to quit smoking: tips for smokers