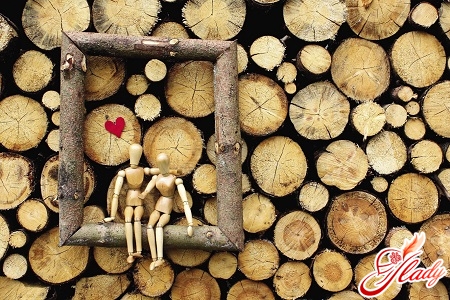 5 years from the date of the wedding - the first significant anniversary inlife of a young family and a wonderful occasion for spouses to remember about love. This is an opportunity to sum up the life of the family, remembering all the dreams and hopes that the newlyweds once planned to make in life. Maybe everything that was planned to be done in the family life, has not yet found a place in it. But the fact that the husband and wife came to the line of cohabitation at 5 years, says a lot. The statistics of divorce testifies inexorably that the 3rd and 5th anniversary of the wedding are the most critical. It is at this time that the relationship between husband and wife has a threat of destruction. And if the young family has successfully lived them, then there is a possibility that the couple together will celebrate all future anniversaries.

Anniversary of the wedding: the ceremony of the 5th anniversary

Wedding anniversary of 5 years is celebrated as a ceremonythis wedding in the abbreviated form: the reception of guests, the delivery of gifts, feast, congratulations, rites, the holding of competitions. Spouses are presented with such products, which are symbolically made of material that corresponds to the anniversary. For 5 years of wedding symbol is a tree. Traditionally, the fifth anniversary of the wedding is celebrated in nature (as the tree symbolizes unity with nature) or in a restaurant where Russian cuisine is prepared. The ancient ceremony of "family seedling" on the fifth anniversary of the wedding dates back to the 19th century. The ceremony is associated with a well-known saying: "A real man must fulfill three things in his life: build a house, plant a tree, raise a son." The guests invited to the jubilee are shown how the second clause of the plan is being implemented. A tree seedling can be planted right at the celebration. And guests will be able to hang on him written wishes in advance, even on a regular leaflet, even on a greeting card. 5 years of family life are usually marked on a mandatory basis, in contrast to previous anniversaries. Invite relatives who were at your wedding, friends and remember that memorable day from your life - the birthday of your own family. To do this, you can send out invitations on postcards or make an oral statement. 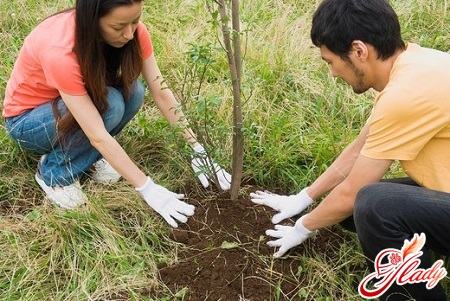 The tree is the symbol of life

The tree is known to be associated with life itself,flowering, fertility, longevity, stability. The roots of the tree are the reliable foundation of a strong life, which becomes more difficult and more difficult to destroy every year. Between the process of tree growth and maintaining the viability of the family in a period of five years, it is possible to consider a direct analogy. Usually, by the time of five years of growth, the young tree takes its roots deep enough, begins to give the first harvest. So in the life of a young couple, the first changes are marked: the tree of their life has taken roots or ruthlessly dries, bending under the yoke of life's difficulties and adversities. Unlike previous anniversaries, symbolized by softer materials (paper, chintz, linen, leather), wood is the first stronger and harder material characterizing family life. In addition, the tree symbolizes coziness, warmth of the home, love, mutual understanding. It is also a building material. It is believed that by the five joint years of residence, the spouses must "get used to" each other, in the relationship - to smooth out all the "unevenness" and to appear harmony. The tree, with all its undeniable advantages, has one significant drawback: it burns. Therefore, a house built of wood, does not differ in impeccable reliability, it can flare up from the fire in an instant. And for the relationship in the family, built for the fifth anniversary of the wedding, as well as behind the wooden house, you need to carefully monitor. According to the Slavic custom it is assumed that a man for 5 years lived life in his own family should not only strengthen his relationship with his wife, but also build a wooden house, equip it with furniture. Modern interpretation of the concept of "build a house" is considered in a broader sense (to stand upright, have financial independence, get married, acquire own housing). By the five-year boundary, it is desirable to have a son and a daughter in the family and children. 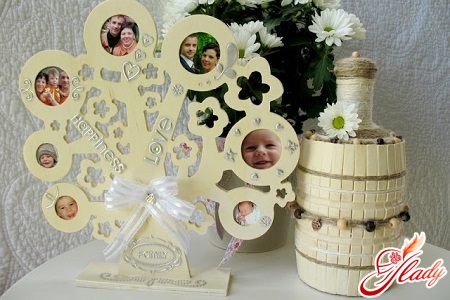 What to give for the fifth anniversary of the wedding?

On the fifth anniversary of family life, variouswooden souvenirs: frames for family photos, caskets, wooden figures. Married couple are given utensils and kitchen utensils made of wood, which does not break and does not beat, so that such were the relations of spouses in family life. There will be appropriate gifts not objects themselves, and their images embodied in toys or souvenirs-jokes. For example, doll sets of dishes. But they must be wooden. A baseball bat for his wife, made of wood, will also come in handy as a comic souvenir. Or, for example, a planed board, a parquet board for the future dacha - they can also be handed with humor. It should be noted that the tree for gifts-jokes - the material is very fertile. An original gift in the event that the head of the family is fond of intellectual games, can be an exclusive wooden chess set made for individual orders, or various other games and accessories that would not only adorn the life of the family, but also become an entertaining entertainment for the joint pastime of the spouses. A gift can be a wooden accessory for the interior. The idea for a wedding anniversary gift can be limited only by your imagination and type of material.

Congratulations and wishes for the fifth anniversary of the family

Accept sincere and sincere congratulations,which can only come from the soul of true friends, who remember and cherish the hours and days spent with you, all the joint activities and games, the joys and sorrows that we shared together. We wish you eternal love, great happiness, unique moments of life, heavenly gifts and joys of the earth. We wish you healthy strong children, grandchildren, great-grandchildren, that they together with us would honor you on the forthcoming jubilees of weddings, marked with silver and gold. Dear ones (name of husband and wife)! Today we celebrate one of the most beautiful days of your life: 5 years ago you performed the sacrament of marriage. On that day, you changed your life at the root, deciding to put them together in one. To your family grow stronger every day, was happy and friendly, do not forget about such concepts as sincerity, love, trust, mutual understanding. Let time not extinguish the burning flame of love and not cool your hearts. 5 years lived, as if only 5 days! Who is happy, those hours are not watched! You celebrate your first anniversary! All of you congratulate you with this! The people call it a wooden wedding for such a reason! Today we wish that you will forever be hearted with nature.

How to learn to trust your husband: what to do to make relationships perfect

How to marry successfully: choose the right landmarks

Preparing for the wedding: where to start the holiday?

How to organize a wedding event

What are weddings for years from 1 to 100 years

How to find a man for life