Kulebyaka with mushrooms and ham 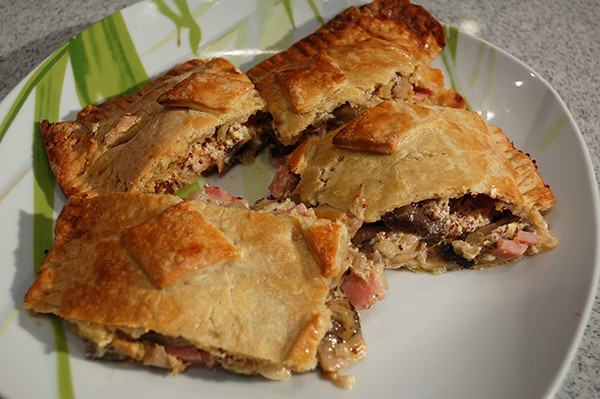 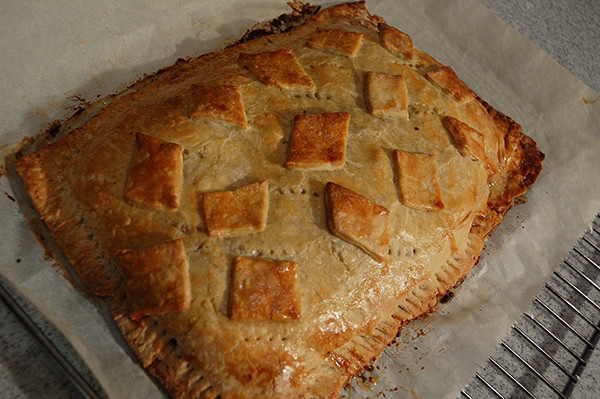 1 / 2Photo: Andrey KrasnovPhoto: Andrei Krasnov It will look great on the New Year and Christmas table. Can be served as a main hot dish. By the way, the verb "Klebyachit" means "knead, roll, bend, sculpt, cook." Ingredients:

Preparation: 1.Chop the onion finely, simmer in butter over low heat, stirring occasionally, for 5 minutes. 2. Cut the champignons into medium pieces, simmer together, adding thyme and salt. Simmer for 15 minutes. At the very end of cooking, add cheese and stir well to dissolve. Cool. 3. Cut the ham into small cubes, stir the sour cream with salt and mustard, combine everything. 4. Roll out the dough into two rectangles, cut a strip from one for decoration. Divide the egg into white and yolk. 5. Put the smaller rectangle on a baking sheet lined with baking paper, carefully pour a little protein into the center, spread it over the surface of the layer, leaving the edges 1 cm unlubricated for pinching. The protein will keep the filling from leaking. 6. We spread half of the mushrooms on the layer, then the ham-sour cream mixture, then the remaining mushrooms. 7. Cover with a large layer of dough, pinch the edges. Can be pressed with a fork. Use a fork to release steam. 8. Cut into squares from the cut strip of dough, if not very evenly, beat the yolk and the remaining protein with a fork, grease the kulebyaku, glue the squares, grease the whole product again. Bake for 30 minutes, until the dough is browned. 10. We take it out, let it cool a little on a wire rack, serve with soup, broth or tea.

Lose weight after the holiday

Which sugar is better and which is sweeter?

Chinese wok pan: how to cook